The Center in the West Village is home to one of the most valuable bathrooms in existence. It's not because of any gold faucets or nonsense like that, it's because legendary artist Keith Haring painted one of his last murals in it.

May 1989 saw the creation of Keith Haring's bathroom mural "Once Upon a Time”. He was 31 at the time and this was his last major mural before his untimely death in February 1990 of AIDS-related complications. The piece was created for "The Center Show," a celebration of the 20th anniversary of the Stonewall Riots, largely thought of as the start of the Gay Liberation and LGBT Rights movement.

Check out the full article for more history on Keith Haring's recently restored bathroom mural at The Center. 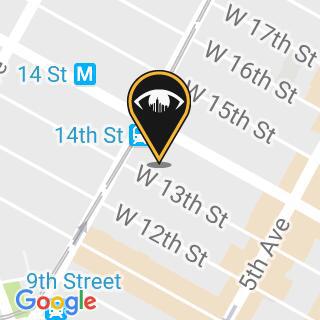 Now's Your Chance to Own an Original Keith Haring Mural... Attached to This $13M Tribeca Triplex