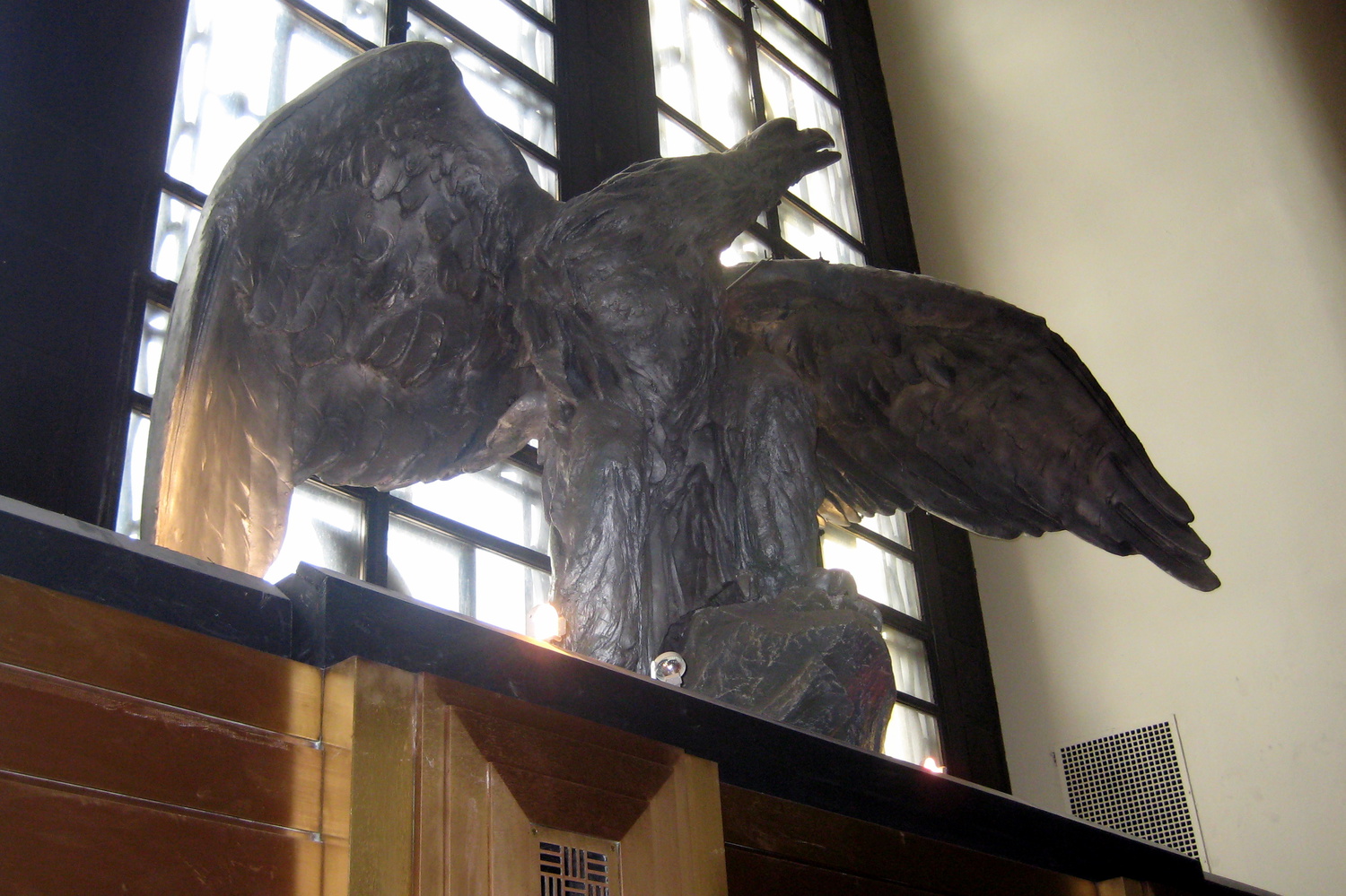 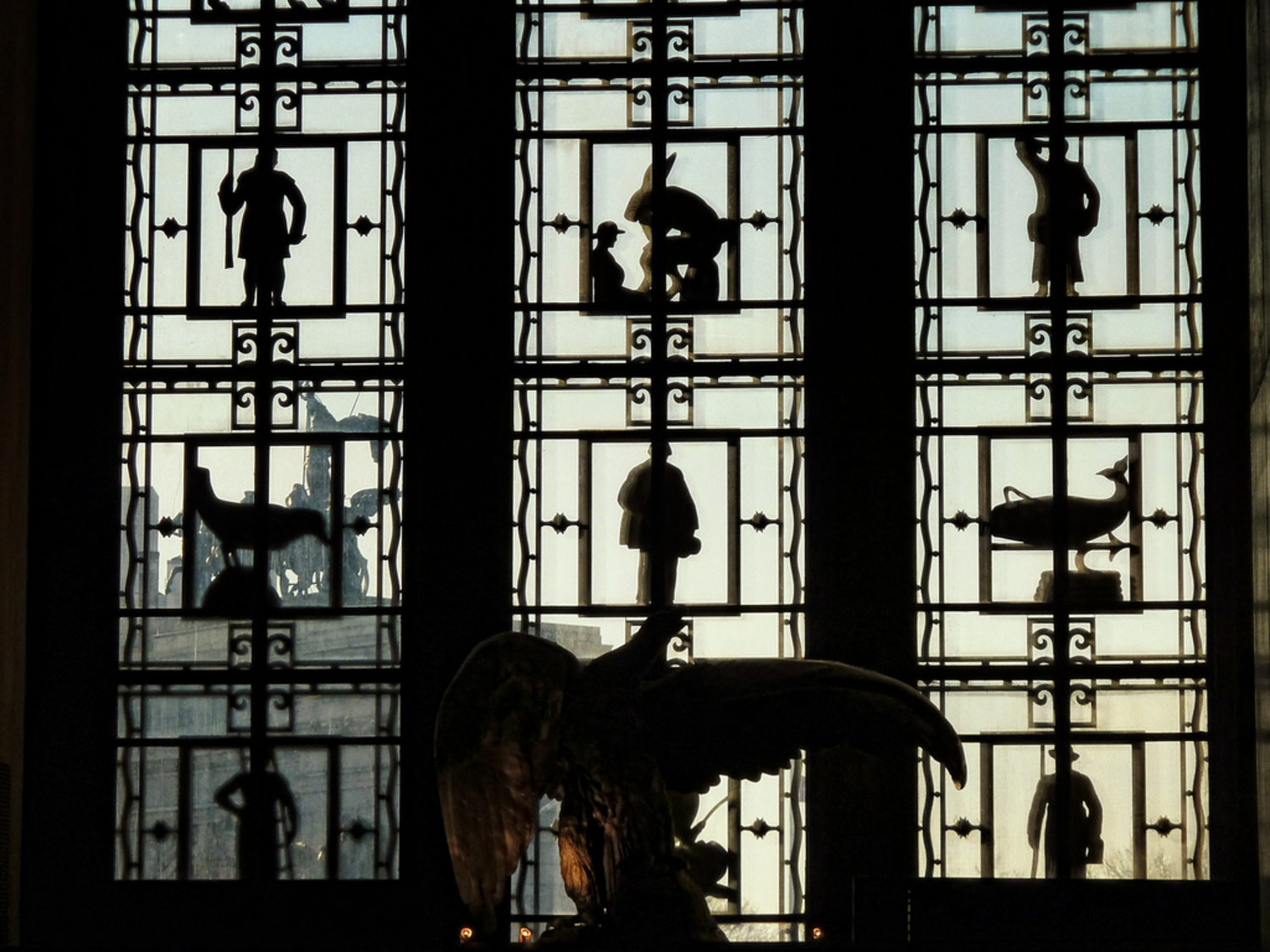 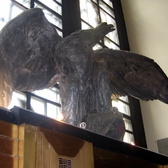 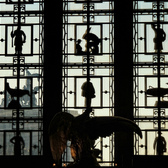 Before it became a borough in the New York City consolidation of 1897, Brooklyn was the 3rd largest City in the nation. As such, it needed to have a world-class newspaper of its own, a spot filled by the Brooklyn Daily Eagle.

The Brooklyn Daily Eagle ran for "114 years, from its first edition on October 26th, 1841 until it’s sad demise in 1955." Long before its conversion to upscale condos, the newspaper's office on Old Fulton Street had an amazing cast bronze eagle sculpture adorning its entrance. That very eagle now sits in the Brooklyn Public Library.

The main entrance to Brooklyn’s Central Library at Grand Army Plaza is quite remarkable. An imposing 40-foot-high doorway of shining bronze, it is decorated with glittering Art Deco likenesses of famous American writers. But on the inside, above the doorway, and going mostly unnoticed by the thousands of daily library goers, is a relic from the days when Brooklyn was one of the most thriving metropolis’ in the country.

Read the full article for more about this impressive and historic cast bronze sculpture. 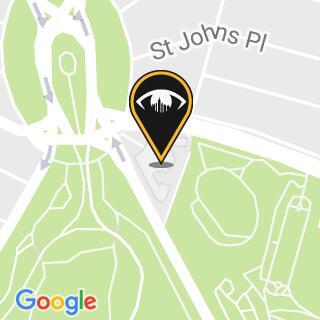 Preview the Metropolitan Museum of Art's New Exhibition: The World Between Empires

Remembering Brooklyn's Most Densely Cluttered Bookstore With The New Yorker