Opening just last year in 2016, The Hills on Governors Island is one of New York City's newest parks. Occupying over 30 acres of the small island, the park provides 360° views of New York Harbor, the Statue of Liberty, lower Manhattan skyline, Brooklyn Bridge, Dumbo and Brooklyn Heights, as well as the Verrazano Bridge and Staten Island off in the distance.

Rising 70 feet above sea-level, the Hills gives visitors a new relationship with the sea and sky, offering breathtaking never-before-seen views of the Statue of Liberty and New York Harbor. The opening of the Hills marks a new chapter in the transformation of Governors Island from an abandoned former military base to what is envisioned to be a year-round destination for recreation, culture and innovation.

In this aerial video from our Above New York series, see The Hills from a bird's eye view. 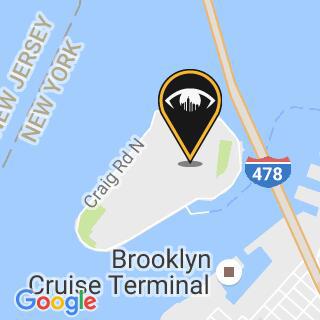 Above New York: The Queensboro Bridge