Most people that have been in Union Square know the big neon
sign of Coffee Shop, a longtime neighborhood diner. What you probably didn't know is tucked in the back of the restaurant is the entrance to a hidden subterranean lounge where you will never be allowed access to... unless you are a female fashion model.

Modellounge could only exist in cities like New York. In a City full of fashion, film and commercial shoots where young, beautiful women are usually hired, and models book several shoots over the course of one day, they need a place to rest before the next shoot. If they head to public coffee shops or restaurants, they constantly get hit-on or gawked at like animals at a zoo. So owner Bernard Smith decided to open the private lounge only to models from known modeling agencies so they would have a place to feel comfortable and safe.

If you want to join, you must be on the model list of any of the top modeling agencies, and they do check at the door. 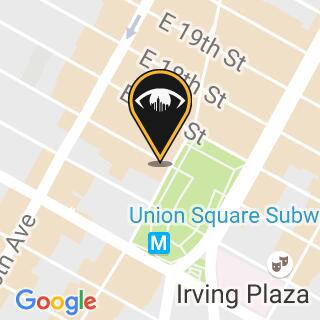 Love Nutella? You NEED to Check Out The New Nutella Cafe in Union Square