The Pierre Hotel is one of the City's fanciest. Lining Central Park East on the Upper West Side, the hotel and building has an interesting history, outlined here by television producer Burt Wolf.

On October 1, 1930, the hotel opened for business with 700 rooms and "an aim to create the atmosphere of a private club or residence instead of the average hotel atmosphere." Two weeks later, a gala dinner given by president and managing director, Charles Pierre Casalasco himself, marked the official grand opening. New Yorkers were impressed, and the top tier of society turned out to taste a Bill of Fare prepared by 85 year-old August Escoffier. This "father of French cuisine" served as guest chef at The Pierre in its early years. The Pierre fast became the toast of New York, with a 1930s guide describing the hotel as "a monument of beauty and one of the most majestic structures in all New York. The Pierre caters to only those of refined tastes who can afford the best in the way of hotel luxury." 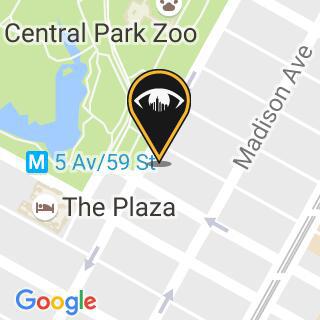