The $3.3 million Knickerbocker Hotel opened on October 23, 1906 with 556 rooms, fancy bars and restaurants on the first three floors (to accommodate 2,000 after-theater diners), and a 30-foot-long mural of Old King Cole by Maxfield Parrish adorning the bar. This bar became so popular, in fact, that it was nicknamed “The 42nd Street Country Club.” The hotel even had its own subway passageway at the east end of the platform for the 42nd Street shuttle (the “Knickerbocker” sign can still be seen over the doorway there today).

Over the past century though, the hotel has seen a conversion into offices, deterioration and retail stores come and go. The recent completion of a $240 million gut renovation to convert it back into a luxury hotel by modern standards has returned The Knickerbocker to it's former glory.

Check out the full article on 6sqft for more history, vintage photos and photos of the renovation. 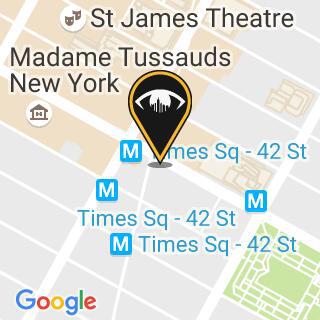