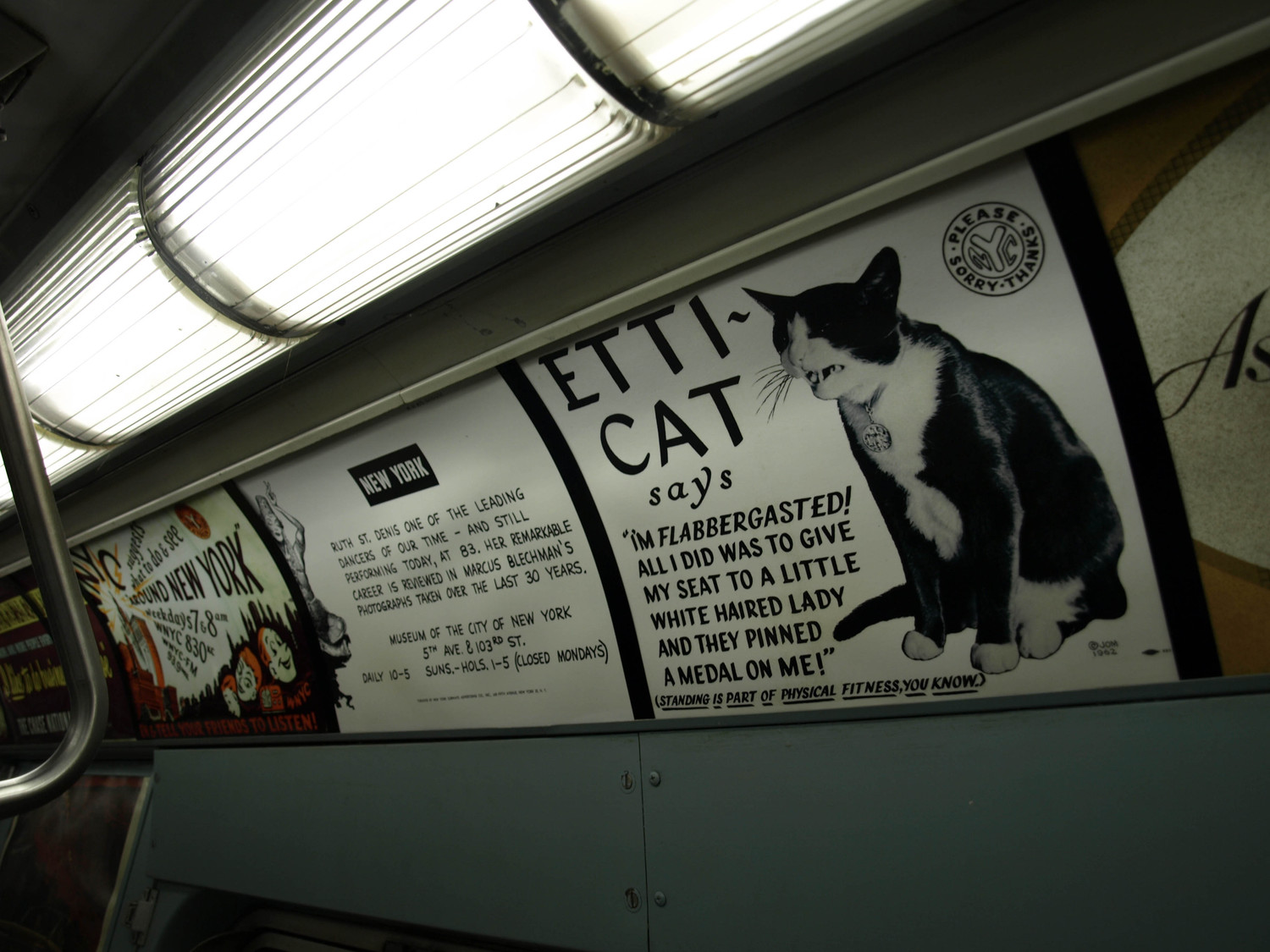 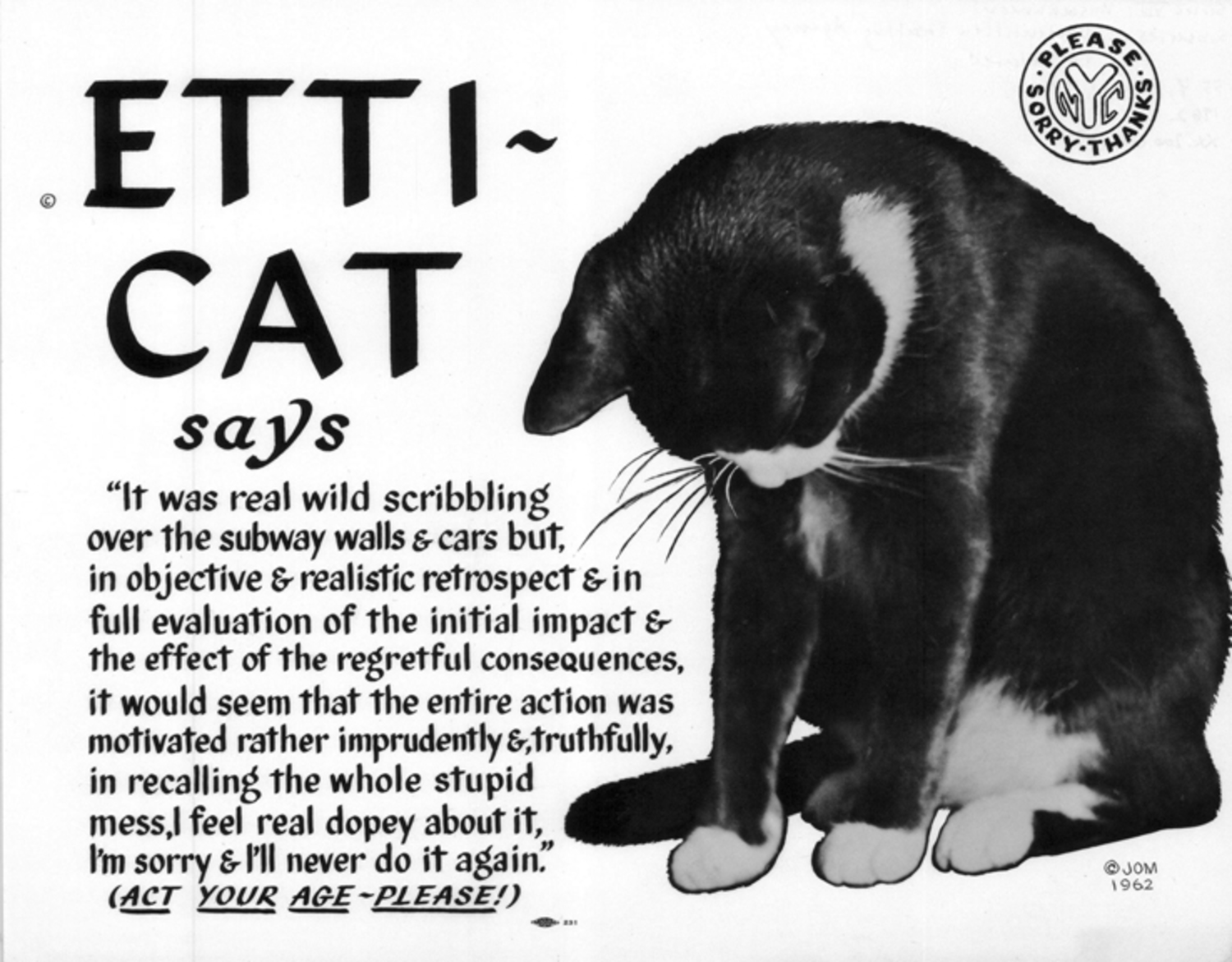 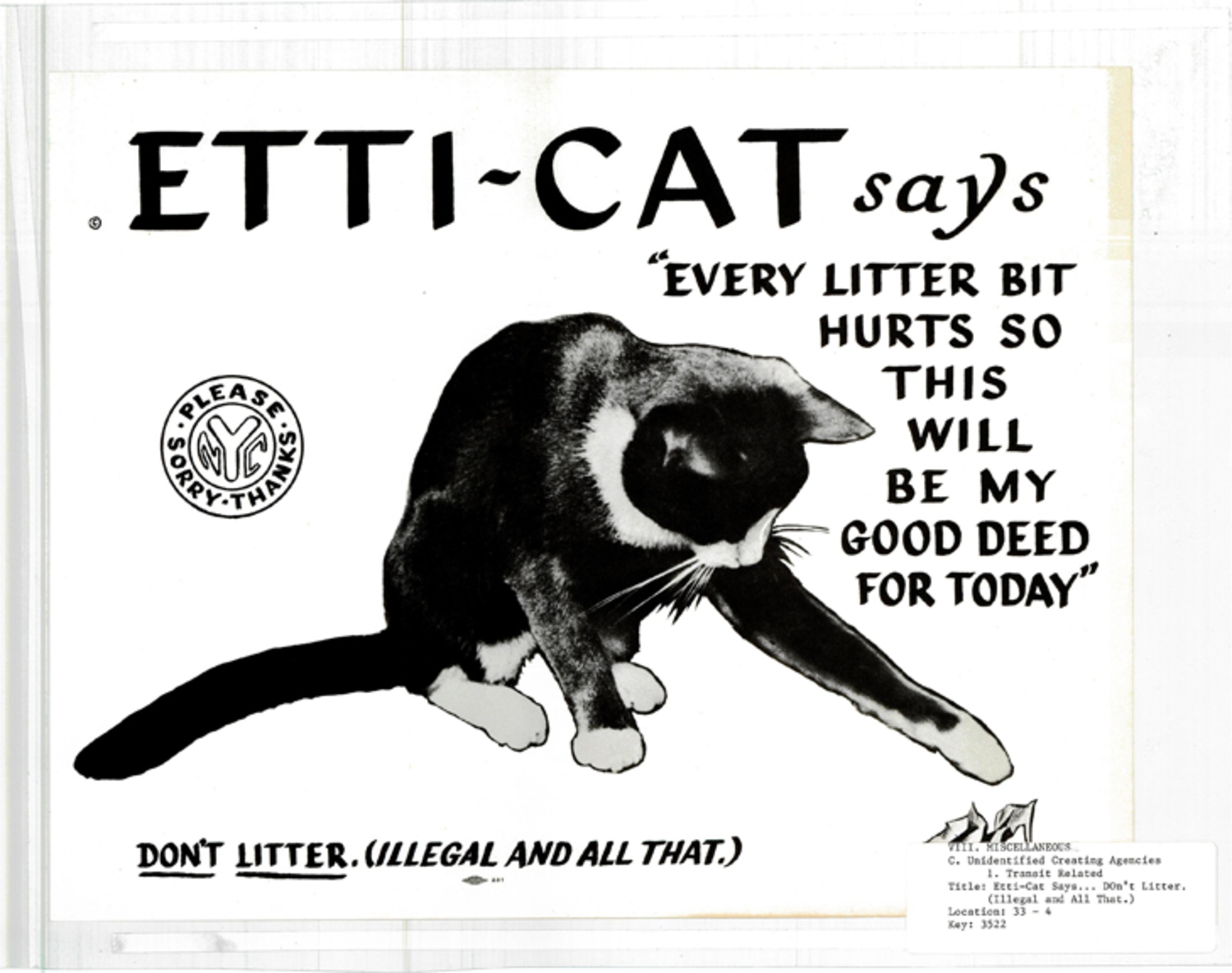 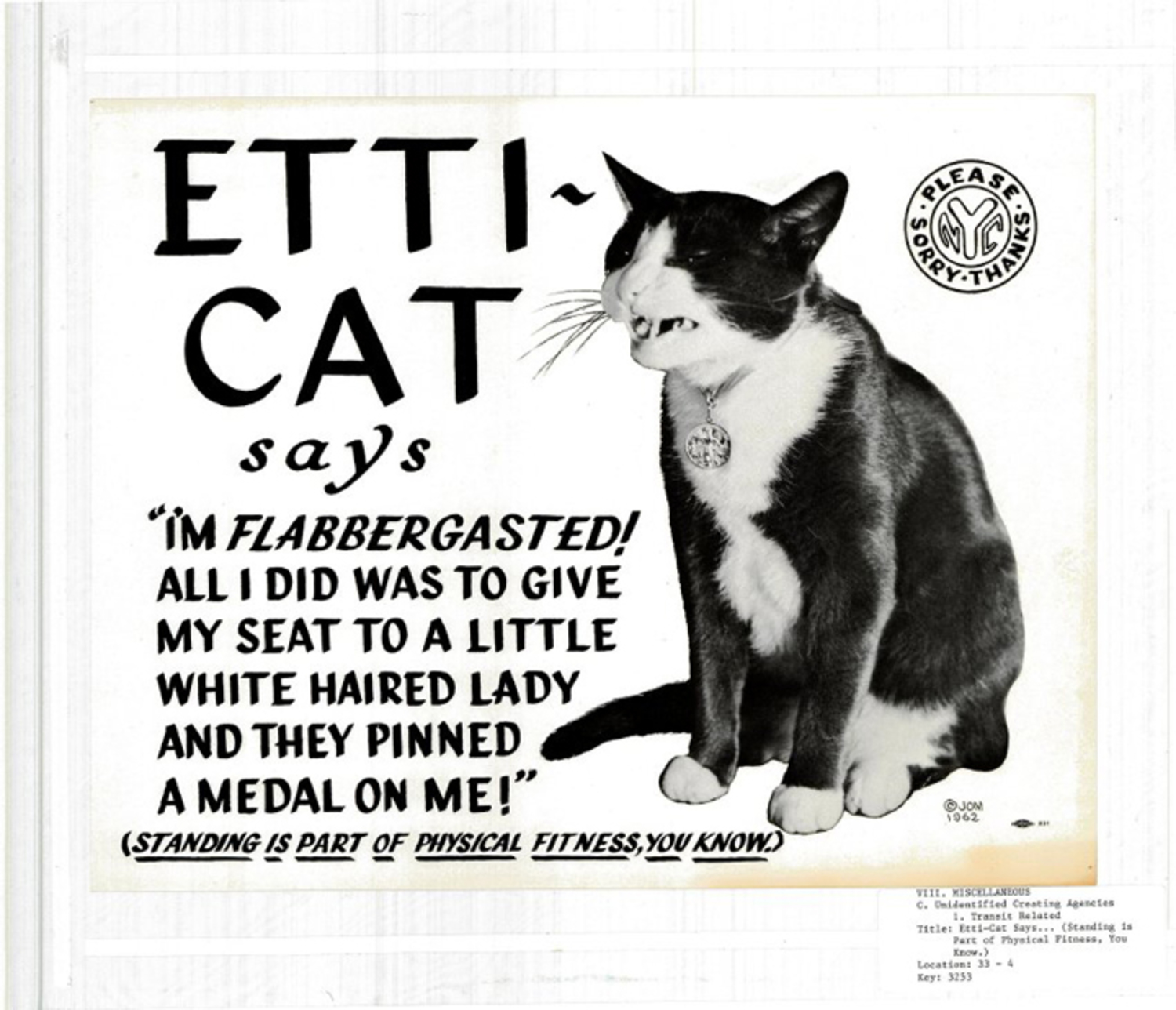 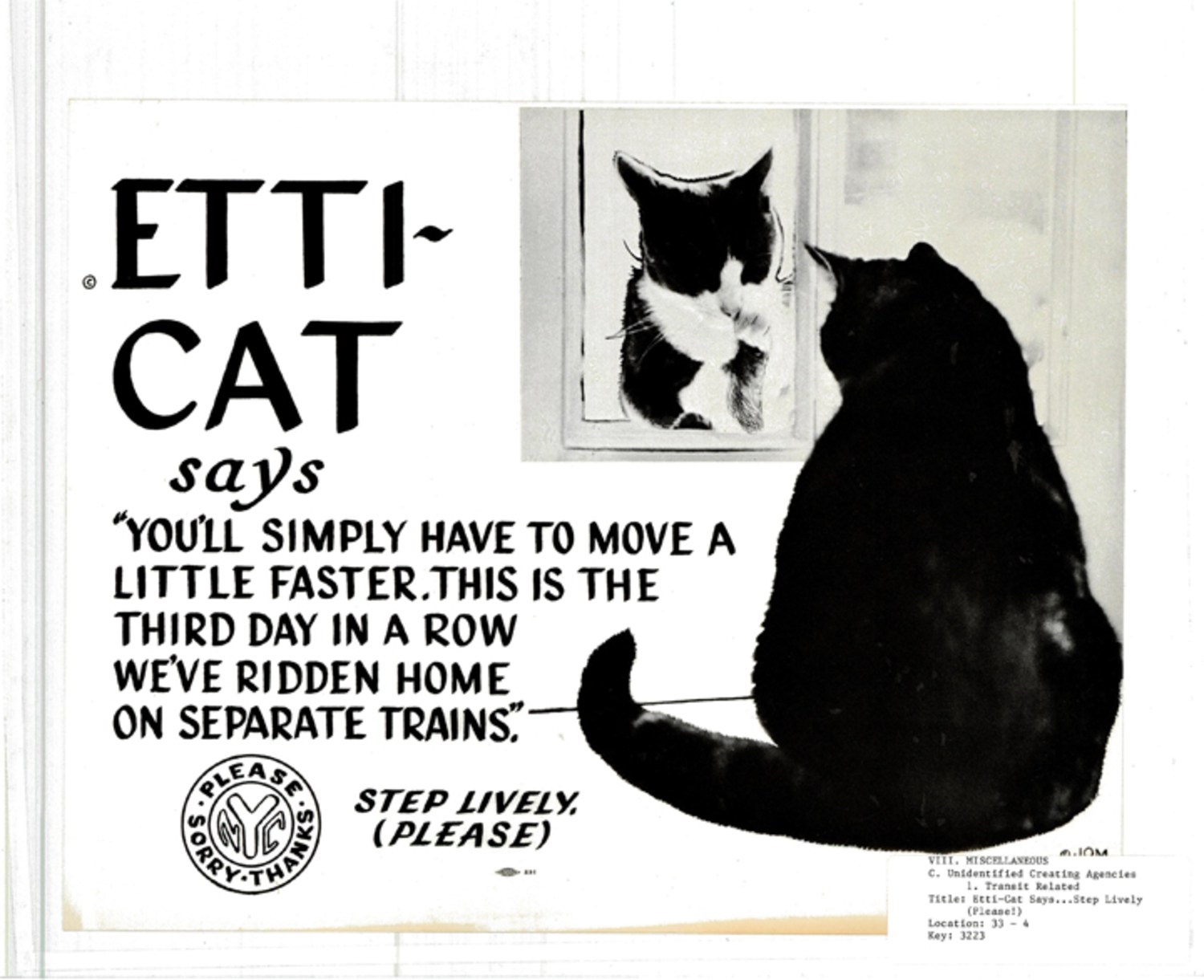 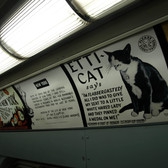 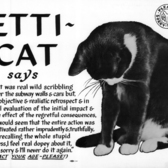 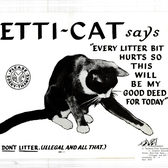 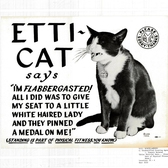 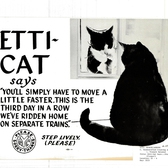 Subway Etiquette is so important in NYC that it should be taught in schools. Nobody wants to see your toenail clippings, your man-spreading, or your stinky take-out food.

We have had our fair share of subway etiquette campaigns over the years, but the cutest by far is the 'Etti-Cat' used in the 1960s.

In the 1960s, New York City commuters were prodded into respectful behavior by subway posters featuring a black-and-white tuxedo cat. “Etti-Cat,” the punnily named feline mascot for manners, warned against littering, encouraged offering seats to the elderly, and expressed loquacious shame at defacing the trains:

Check out the Transit Etiquette Or: How I Learned To Stop Spitting And Step Aside In 25 Languages exhibit at the Grand Central Gallery Annex for more like this.